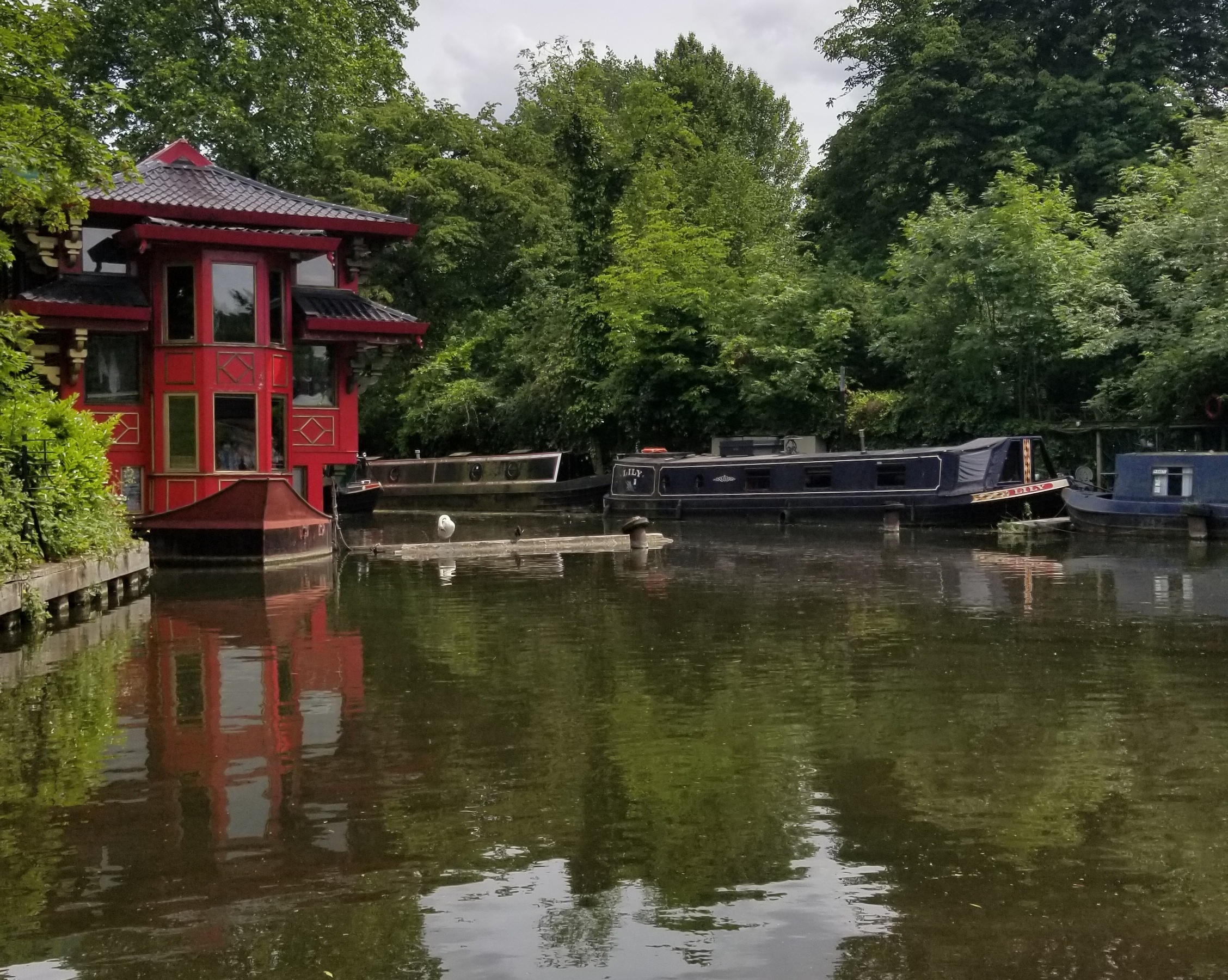 Welcome back! So far you’ve read about #CuzUK’s adventures in Sunderland and Scotland, but today we head into London, or more specifically the area where we were staying – Camden Town. We took a day just to stroll around the surrounding area, visiting multiple cafes and restaurants/bars along the way.

Visiting London wasn’t done in just a few days, which was good planning on our part because there was a lot to see and we definitely did not see it all. We had met a few lovely ladies during our adventure to the Spice Girl concert who had given us a little idea of places to go or areas of the country to visit if we had the time. On our drive down from Sunderland to London we ended up stopping at a few places for a little bit but we didn’t stay long. The weather was rainy, we were driving on the wrong side of the road (in our opinion), and we had a 5 hour drive without stops so we weren’t necessarily looking to stay in one place for too long. After we arrived at the hotel we were starving, so we walked down the street to a pub and had dinner before they closed for the night. At one point we met another fellow American who worked at the pub (I can’t quite remember if we met him the first or second time we went there) but he was delightful. His husband was a UK citizen and had convinced him to travel across the ocean to live with him permanently. He talked a little about his dreams and goals, but the best part was just talking with a fellow traveler. Many times on our adventures Clinton and I run into others who are willing to travel outside their comfort zone, or take a chance on an opportunity. Not many really would do the same.

The next morning we tried to wake up early enough to get a good long walk around Camden, the are where we were staying. We walked into another pub and had a drink before continuing into the parks. There are many public areas in England but surprisingly not much public land in general. I guess I forget how large the United States really is until I travel to other countries that are much smaller. England especially, since it is an island, had a completely different traveling vibe than other countries. When we were in Iceland I felt similar, just like when traveling to the islands around Alaska or Costa Rica…in any case, driving around I noticed large swats of land for farms or something similar, but not many parks. The countryside was absolutely beautiful because, while they didn’t have the green space as public land they still had tons of green space. It made driving on the highway a completely different experience as well. Set aside the driving on the left side of the road situation, there were barely any signs (what exit is a gas station, where are the houses, what road is coming up?) so you really had no idea where the heck you were, and because the roadside shrubbery and rolling hills hid the cities and towns behind them it was difficult to know when there was an exit or what was available at the exit. We speak the same language but we also don’t! We asked plently of locals to translate English verbiage into American-speak (lorre = semi truck, for instance) but we definitely would need more time to really get the hand of it. In London there are many different parks mostly with gorgeous gardens.

One park we frequently walked through was Regent’s Park. At different points during our time in London we would stop through a park to have a cup of tea or enjoy a pretty pond or garden view for some time before continuing to our destination. I love parks. I think they are extremely calming and soothing. If I can cut through a park on a drive, walk, run, or for any reason I’ll make the excuse or take the time. Not everyone agrees with this mentality, though. As with any travel experience, especially one far away from home, adapting to your surroundings and making sure you can fluctuate planning wise is always important! We walked thousands of steps a day, most of the time well over 20,000. We made sure to be smart about how we dressed each day and if the situation called for a rain jacket or another pair of socks we made sure to follow through. Even in a populated city where the language is the same doesn’t mean that it’ll be easy if an emergency arises. Walking through Regent’s Park the first day we were very aware of this. I remember feeling very tired because I personally had just experienced over 48 hours of traveling based on coming from Page, Arizona through Iceland and then to Sunderland after a 5 hour drive from London. Emily had done basically the same trip in her own fashion and we were still adjusting to the time. Walking around with no agenda felt like the perfect way to introduce ourselves to the area.

I have never quite been a fan of roses, but there were so many rose Garden’s in London I became a fan pretty quickly. The Queen Many’s Garden’s was beautiful and includes over 12,000 roses. The London Zoo was right above Regent’s Park and close to our location as well, but we only walked around the garden permeter. Neither of us were the biggest fans of zoos (no offense, they are great!) and we just wanted to keep walking. We ended up at Princess Diana’s Memorial Fountain. There were many children playing in the fountain and enjoying the nice weather. My mom had always been a fan of Princess Di and to see a gorgeous area for kids to play made me smile – I’m sure she would have loved it. Most of London reminded me of Baltimore or Philadelphia. A large city with historical buildings with visitors queued outside for hours and gorgeous structures. When we walked around downtown London I was historically and happily surprised to see the damage done during World War II was left for visitors to view. What a great way of showing the horrors of war for future generations! Later when we went through the military museums we would notice the pride and honor on full display of the British military. I always love visiting museums when I travel because it’s the best time for the people of that nation to show their successes and failures – basically their history. As a history nerd I’m all in!

Walking around London is just as interesting sign wise as driving on the highway. It took us a little bit of time to find the Underground, but once we did that was the best mode of transportation that we could find. We used a taxi once, which was okay, and walked most of the other time but there was a daily unlimited option for the Underground which was usually cheaper in the long run. We’d walk to a destination, take the U, walk to another destination, etc until we were just too tired to walk anyway. We had a station close to our hotel so it worked out well.

Our adventures in London weren’t over with just a few stops through parks and gardens, however. We did visit touristy spots such as London Bridge, Old Ben (though it was under construction) and Westminster Abbey. I’ll save those for next time though! ❤ Till next time…