Hello! Welcome back! Last month was #GreatOurdoorsMonth and to celebrate you read many great adventures in newly visited places. This week I’ll talk about 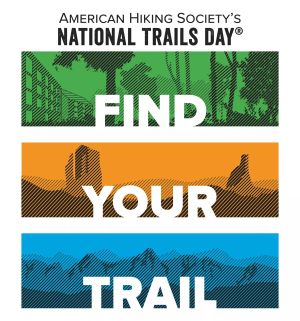 #NationalTrailsDay, which was June 2, and the Star-Spangled Banner National Historic Trail.

The history of the Battle of Baltimore in 1814 is only one of the stops along the Star-Spangled Banner National Historic Trail. Commemorating the Chesapeake Bay Campaign during the War of 1812, the trail is over 560 miles long, stretching over both land and water. The trail runs through Maryland, Virginia, and Washington D.C.  Historically, the Chesapeake Bay region was a political and governmental center for the country starting around the American Revolution. The British military, realizing that the region was also the center of trade and commerce, targeted the area heavily during the War of 1812. Baltimore’s growth, in particular as a shipbuilding and maritime-related commerce trading port, was well known. The deep-water available in Baltimore’s port led to an increased presence of privateers, who were legally licensed to attack enemy ships and caused considerable havoc during the war. Ships were built specifically for easy manipulation of the seas in Baltimore and sold to

the privateers. After the British success at the Battle of Bladensburg and the burning of the White House, the British moved north to Baltimore. The British sent troops to attack Baltimore via land at North Point, while the British Navy attempted to bombard Fort McHenry into surrendering. The British were unsuccessful, and the Chesapeake Campaign ended.

The trail itself tells more than just the story of the battles during the War of 1812: it connects landmarks, properties, and even nature parks. It connects the cultural and archaeological history of the Bay. In Baltimore, for example, one can visit the Flag House where Mary Pickersgill sewed the flag made famous after Francis Scott Key witnessed it

flying after the bombardment. Nature landmarks include the Potomac, Patuxent, and Pataspsco Rivers; all were important routes during the Chesapeake Campaign. The Jefferson Patterson Park & Museum is a state museum created out of a land gift in 1983, from Mary Marvin Breckinridge Patterson. The archaeological history here spans thousands of years, and even though less than one percent of the potential sites have been excavated, there has already been so much history and culture uncovered! Learn about the Chesapeake Bay region through its maritime history at the Calvert Marine Museum or travel via vehicle along Maryland’s Scenic Byways, which cover the Historic National Roads that are included in the trail.

The 50th Anniversary of the creation of the National Trails System is this year, and we were able to celebrate by highlighting the kayak program that is run at Fort McHenry for the Star-Spangled Banner NHT! Unfortunately, the weather and water quality cancelled the water portion of the program that day, but we were still able to educate many visitors on the importance of water safety, water quality, and of course, water FUN! I encourage you to get out there this month and #FindYourTrail!